Sony showed a new modular control panel for the high-end X series switchers (MVS 7000X and 8000X) at IBC 2014 in Amsterdam.  The buttons, rather than the source names are now coloured, similar to the MVS 3000/6530 panels, and the display area for names is enlarged. 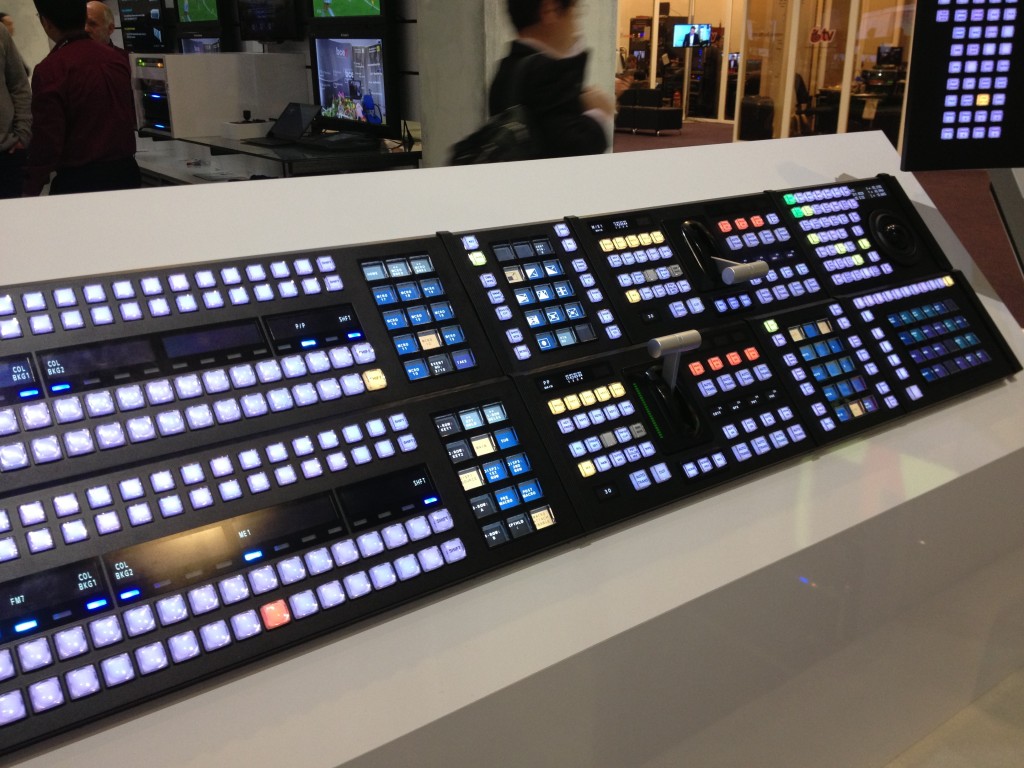 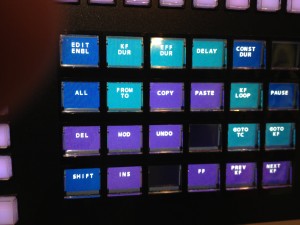 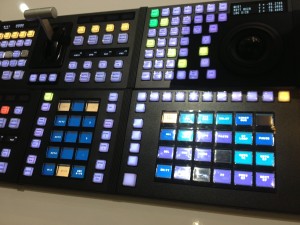 For the operator, the panel keeps the broad philosophy of the previous control surfaces, but with several new modules  of programmable touch-sensitive buttons, which look useful for macros and custom functions. All 8 keyers are directly accessible on each bank.

For the engineer, the changes are more radical as the new modules do away with the previous thick cables from SCU to panel, using instead just one ethernet cable per row.  Up to six M/E rows and 2 AUX rows can be connected.